A Brief History Of Granite As A Building Material

Installing a Granite Fireplace Surround Into Your Home

From Quarry to Kitchen: How Granite is Processed 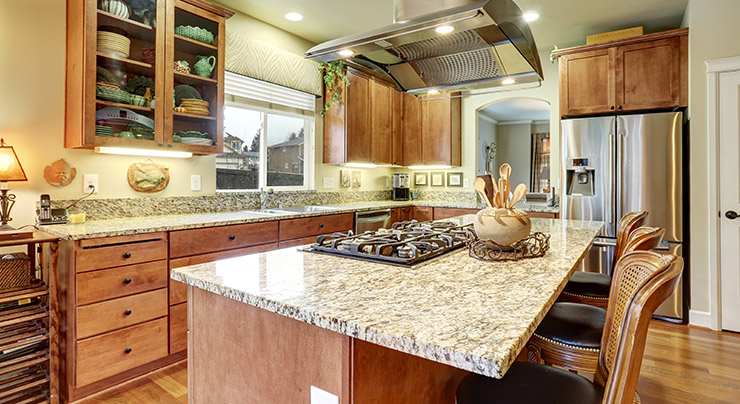 Granite is a luxurious, high-end building material with a rich history. For centuries, granite has been a mainstay for royalty, the wealthy and powerful due to its strength and beauty. Ancient monuments and buildings made from granite still are standing today.

Granite remains unchanged in composition. Even in modern times, the granite used is the same material found in nature that’s been used for millenniums. The surface depth of granite appears three-dimensional at times, an appealing feature. It has a variety of finishes, surfaces and colors, which is due to its mineral makeup. It’s estimated that there are more than 3,000 different varieties of granite, and each piece of granite is unique.

Uncover the appeal of granite and why people have gravitated toward the attractive material. Learn the various uses for granite, and how it became a well-known, interesting feature in buildings and homes across the globe.

There is evidence that granite was used in the ancient Egyptian pyramids as a decorative touch and also as a building material. Granite was mined from the quarries of Aswan, an ancient city, and used in the construction of obelisks, burial chambers, monuments, and columns. To remove granite from the earth, workers employed a hammer and chisel, cutting a series of holes into the stone. Wooden wedges were placed in these holes and soaked with water so that the wood expanded. As it swelled, the rock would split. Workers then used iron chisels to break the granite pieces apart.

The Romans also used granite, praising the stone for its beauty, durability and strength. The Romans quarried their granite exclusively for building purposes, and even used it as paving stones for roads. The Romans has used granite to construct monuments like the Pantheon. Even bathhouse were often made from granite during the time of the Roman Empire.

By the time of the Renaissance, people discovered better fabrication and quarrying techniques, which made granite easier to acquire. Since there was more granite available, the use of granite became more widespread. The wealthy also used granite as a way to build luxurious baths and pools for personal use, and it was also used to build homes, churches, palaces and monuments.

Granite Use in the 18th Century to Today

By the late 18th century, the United Kingdom began sourcing granite. Originally found along the coast, granite was mined, processed, and then sent to urban areas by boat. This same granite was then shipped to the rest of Europe, Australia, and the United States with the invention of the steamship.

As quarrying techniques advanced, granite was discovered across the world. Soon, the mining process became much safer for workers, resulting in even more granite availability. Eventually, environmentally-friendly techniques evolved to source granite, and outcome of the desire to preserve nature.

Today’s mining processes generally look very very different from our ancestor’s techniques. Computers, high-tech machinery, and new ways of managing staff have made the mining of granite more efficient than ever. The price of granite is lower, making it more accessible to the masses, and as its popularity has risen, granite has become a coveted feature in the American kitchen.

Granite in the Modern Kitchen

Only since the late 1880s has granite been used as a countertop material. Initially, homeowners could only choose from a few granite colors, and it was extremely expensive, found only in the luxurious mansions. At first, granite was primarily mined locally, and getting it out of the mines was a costly process. Labor was expensive in the U.S., and once the granite was removed from the mines, it had to be cut by hand.

There were other options, however, as other regions of the world, where labor was very cheap, were mining for granite. The problem, however, was getting granite to the United States. Though importing the product was expensive, innovative companies here in the U.S. used computers to reduce costs elsewhere. Now, computers could cut the granite instead of people, a faster and more affordable process. As the price of granite fell due to a more efficient processing method and reduced labor costs, the material became accessible to even more people.

Today, granite is an affordable option for many homeowners. The material lasts a lifetime, making it a good investment. Today, homeowners choose it for many of the same reasons the Egyptians, Romans and people in the Renaissance era did: its durability, strength and unique beauty. 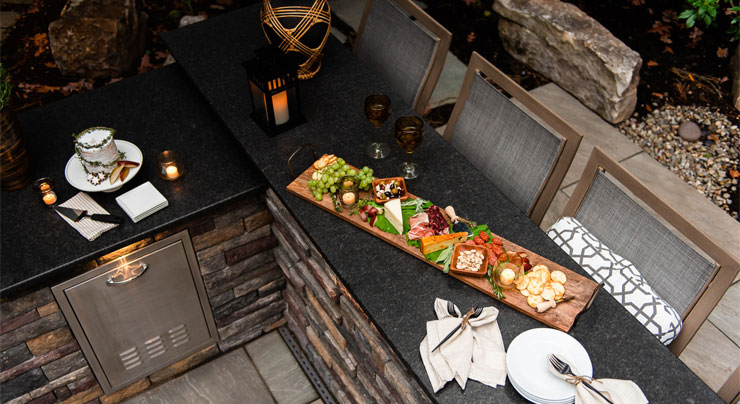 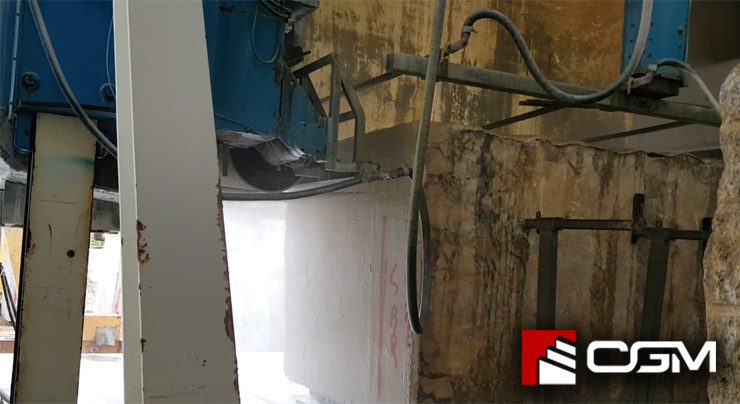 Take a look! Watch granite slabs being cut from a solid block in Brazil 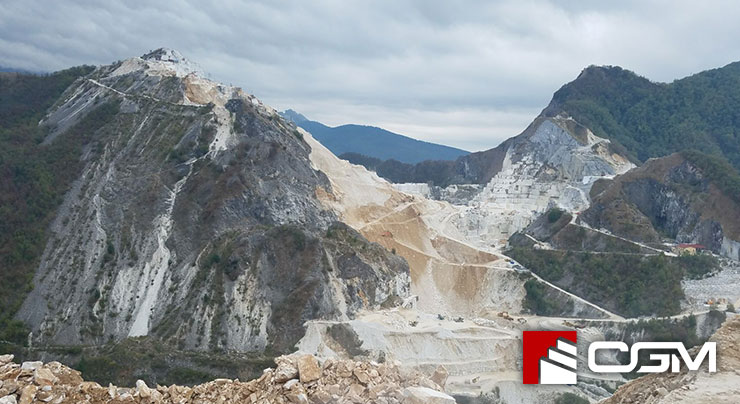