Granite or Quartz–What’s The Big Diff?? 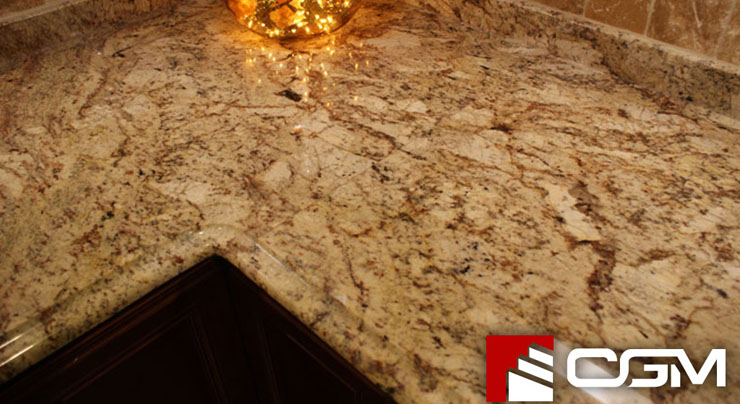 Granite is the most abundant rock on the planet.  It makes up between 70% and 80% of the Earth’s crust.  It is an Igneous rock, meaning it is formed from the slowly cooled magma of volcanoes erupted thousands of years ago.  It can form buried in the earth’s crust or on it’s surface, and it is made primarily of interlocking crystals of quartz, feldspar, mica and other minerals in smaller quantities.  The many beautiful variations of color, flow, density and mineral makeup depend on several factors, namely geography, depth at which the granite was formed in the earth’s crust, and age of the stone.

Granite is quarried from the earth in huge blocks, then sliced into slabs and transported to fabrication shops where it is shaped and polished into countertops, tiles, and other materials.

The crispness of color, shine, flow of grain, and variation of style are as diverse and exotic as the Earth itself.  Granite is naturally dense, some pieces naturally denser than others.  When sealed properly it is extremely stain resistant and cleans easily with soap and water.  It is highly heat resistant, as well, allowing for quick variations in temperature up to 560°.  When installed properly, seams are nearly hidden and it can last a lifetime with regular maintenance. 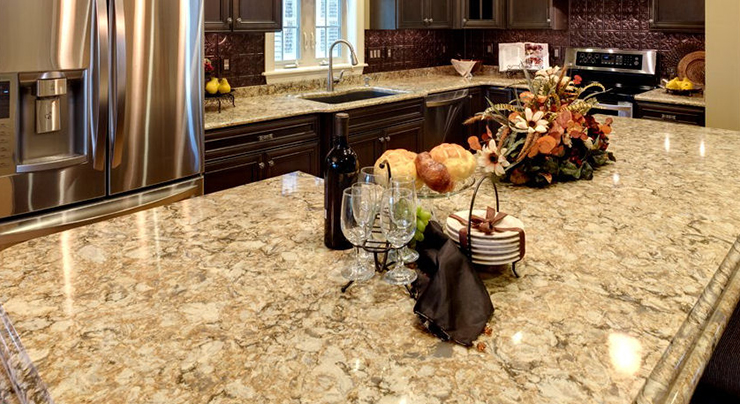 Quartz countertop material is an engineered stone developed in Italy around 1980.  It’s made of quarried and crushed quartz (and other aggregates added for color and style variation) mixed with petroleum-based resins and pressed into slabs.  By weight it is a 9-1 stone to resin ratio, by volume it is roughly a 6-4 ratio.  This mixture hardens and binds the quartz into a dense yet slightly flexible material suitable for countertops, tile, and other applications.  It is cool to the touch, does not need sealer, and does a fair job of resisting stains from notorious culprits such as red wine, tomato sauce, and coffee.  However, quartz will stain if a substance like tomato sauce is left on the surface for a period of time.  It is heat resistant to 300° so trivets are necessary to prevent cracking.

Quartz is used exclusively indoors as UV rays can degrade the petroleum-based resins, causing the surface to change color as well as become brittle over time. Installation is less risky than granite due to it’s slight flexibility, and when installed properly seams are hardly noticeable due to its uniformity.

Granite vs. Quartz Side By Side Comparison:
Which Is Right For You?

*Heat and stain resistance does not mean stain-proof or heat-proof.  The surface of both materials are subject to staining depending on the substance and length of time it is in contact with the surface.  With regards to heat resistance, both materials can be burned or crack at high temps, though granite is far more durable in this context.